zur Verlagsseite
Century is one of the most successful commercial imprints in the UK, publishing bestselling fiction and non-fiction. On the fiction side, we publish some of the most successful bestselling authors in the UK – crime and thriller writers such as James Patterson, Harlan Coben and Tony Parsons, as well as a wide range of women’s fiction authors: Katie Fforde, Susan Lewis, Dorothy Koomson, Lisa Jewell, Diana Gabaldon and Katie Flynn. We also publish a wide range of bestselling non-fiction: from celebrities such as Sir David Jason, Russell Brand, James Corden, Peter Kay and Dawn French as well as some of the world’s greatest musicians: Eric Clapton, Rod Stewart, Phil Collins and Johnny Marr. 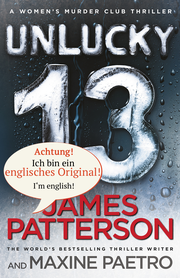